A Domestic Abuse Survivor Thrives as a Women's Empowerment Speaker

"
My love for seeing people transform into the best of who they are is my passion and purpose.

The Entrepreneur
Joan Randall went from being “beaten, broke and homeless” to being a vice president at Macy’s, and now she’s giving back.

As a domestic violence survivor who is thriving, Joan shares with other women who’ve experienced trauma the steps she used to get past her fears.

“Women who’ve been abused, lost a child, been through divorce, or had anything painful happen often feel stuck,” she said. “They have a purpose, gift or talent that they don’t pursue because of being in a place where they doubt themselves.”
Joan supports them in overcoming that fear by sharing the steps she used to grow at Macy’s despite her past circumstances.

In addition to this “Success in 5 Steps” program, Joan offers one-on-one transformational coaching programs and online training courses. She’s a prominent keynote speaker, personal development coach, and author who made the best-selling list on Amazon.

Her “love for seeing people transform into the best of who they are” has become her life purpose and her career.

The Backstory
It was 2014 in Concord, North Carolina, as Joan began her speech for a fundraising event for Safe Alliance, a battered women's shelter. The audience was so quiet that you could hear a pin drop as Joan began telling the story of a young woman from New Jersey.

Years ago, a young woman and her daughters stuffed as many of their belongings as they could into trash bags and ran off in the middle of the night. They were leaving New Jersey for Florida, where the woman’s sister lived but, more importantly, they were leaving seven years of physical and emotional abuse. The woman's marriage was destructive, and she could no longer sit idly by. When they reached Florida, they finally felt free. But just as the long-awaited sense of relief started to settle in, a new challenge quickly presented itself. The family was soon evicted, and the woman and her daughters were left homeless. 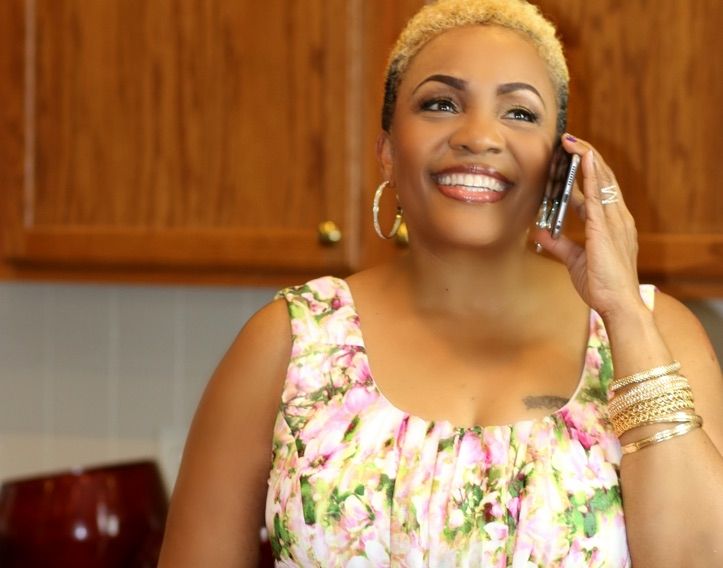 This didn’t stop the young woman. She worked tirelessly and progressed through the ranks at Macy’s, moving from a sales associate all the way to a vice president. Despite her adverse circumstances, she kept a strong mindset and continually transformed her life for the better. She was determined to be best the version of herself and provide the best life for her children.

“You are looking at this woman,” Joan said to the captivated audience, some with tears in their eyes.

After sharing her moving story and words of encouragement, she found people lined up after the event, eager to book her to speak at other conferences and high schools. Although hesitant about public speaking at first, she soon fell headfirst in love with it and passionately devoted herself to it. She became a well-known inspirational speaker around her community, providing support for other survivors of abuse.

By 2016, she realized she wanted to expand her reach beyond the local level and help more women recovering from domestic violence. She launched a coaching business, Victorious You, where she helps women go from “stuck to success.”

The Triumphs
Since joining Ontraport, Joan has:
How Ontraport Got Them There

Visitors to Joan’s website are invited to provide their name and email address to obtain a free resource, a 14-day “Victorious You” Journal. Once the leads opt in, the PDF journal is automatically delivered to their inbox, their contact information is added to Joan’s contact database in Ontraport, and they’re dropped into a sales funnel for lead nurturing.

Before Ontraport, Joan was using a series of tied-together tools for this entire process. When someone previously filled out her form, it would notify her via email, then she would have to wait until she saw the email to add their information to her marketing automation software to get them into an email funnel. She knew she had to stop wasting time between systems. She needed everything in one place, and she found that in Ontraport.

She only needed to set up her delivery process once and, now, every person who fills out her form gets the download and follow-up emails. 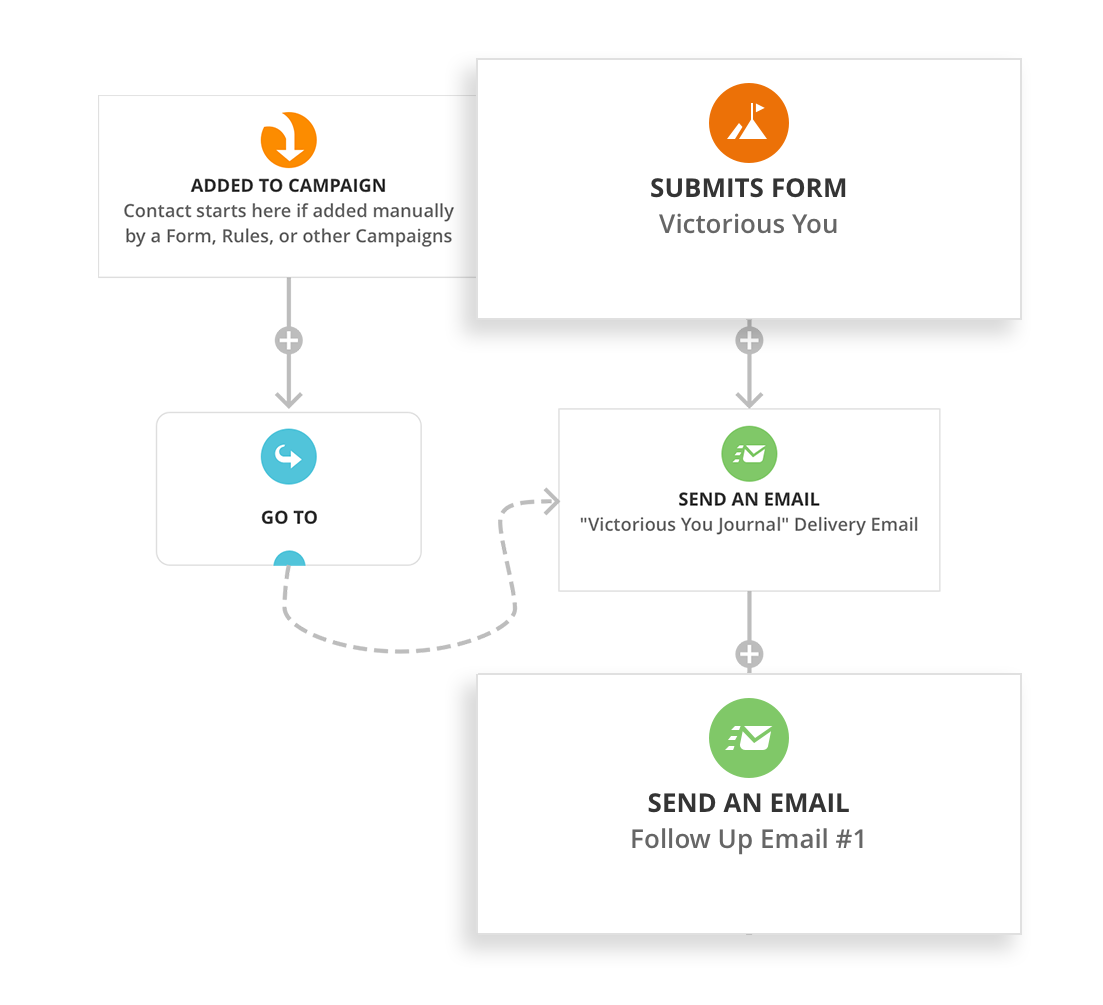 "
With creating these campaigns, the most effort is when you build it but, once it’s in, everything flows smoothly. 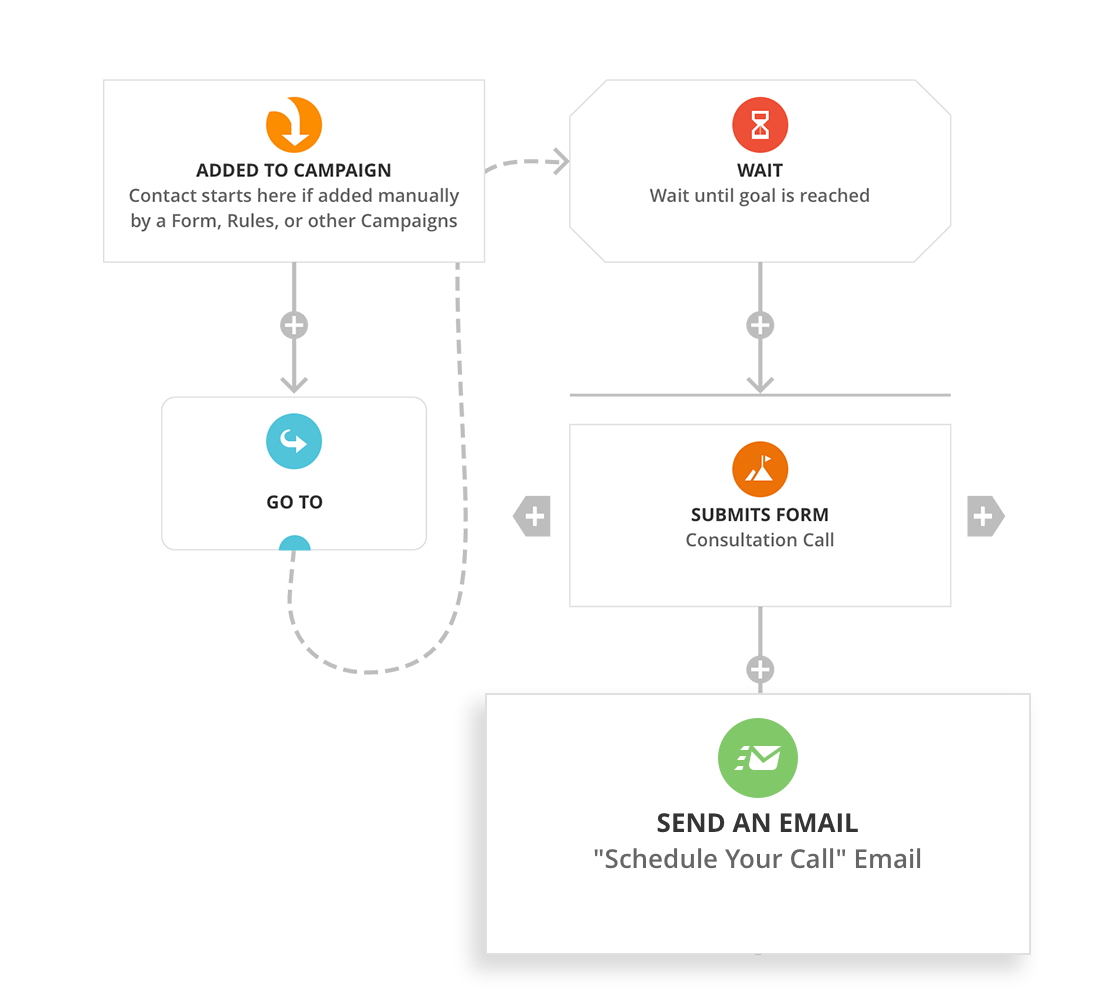 Joan’s time is valuable — and so are her clients. That’s why she doesn't waste any time with tedious email back-and-forth to schedule consulting calls.  Joan makes scheduling appointments easy and fast.

Her campaign for her coaching program involves a branded “Work With Me” landing page with a form, built with Ontraport Pages and Ontraport Forms. Clients interested in a consultation call simply fill out the form and then receive an email to schedule the call. The email links them to a Calendly calendar, which is integrated with Joan’s ONTRAPORT account, where prospective clients can easily pick a time and date. The contacts then receive follow-up and nurture emails throughout the coaching experience.

Before she began using Ontraport, Joan was dropping leads and losing track of prospects she’d been in touch with. She had multiple opt-in forms and was manually emailing each person to schedule the consultations and follow up with them. “I couldn’t build my email list because people were opting in everywhere and there were too many separate emails going on. I spent countless hours wasting time, and I lost revenue because of that.”

For the first 18 months of her business, Joan was “spinning around like a hamster in a wheel” and using numerous tools to run her business, none of which talked to one another. Joan has since streamlined her sales process entirely using Ontraport.

She shows off her products, including two best-selling books and “Victorious You” T-shirts, on a beautiful landing page. Customers fill out their payment information on an order form, use a drop-down menu to select their items,  and submit their order.

Payments are automatically processed through her integrated payment gateway in Ontraport. If the customer ordered a T-shirt, his or her address is added automatically to a fulfillment list, which is sent to the warehouse to prompt shipping of the T-shirt to the customer’s address. The new customer is also automatically sent an order confirmation email, thanking them for their purchase. The entire sales process is completely automated and streamlined, freeing Joan up to focus on improving and growing her business. 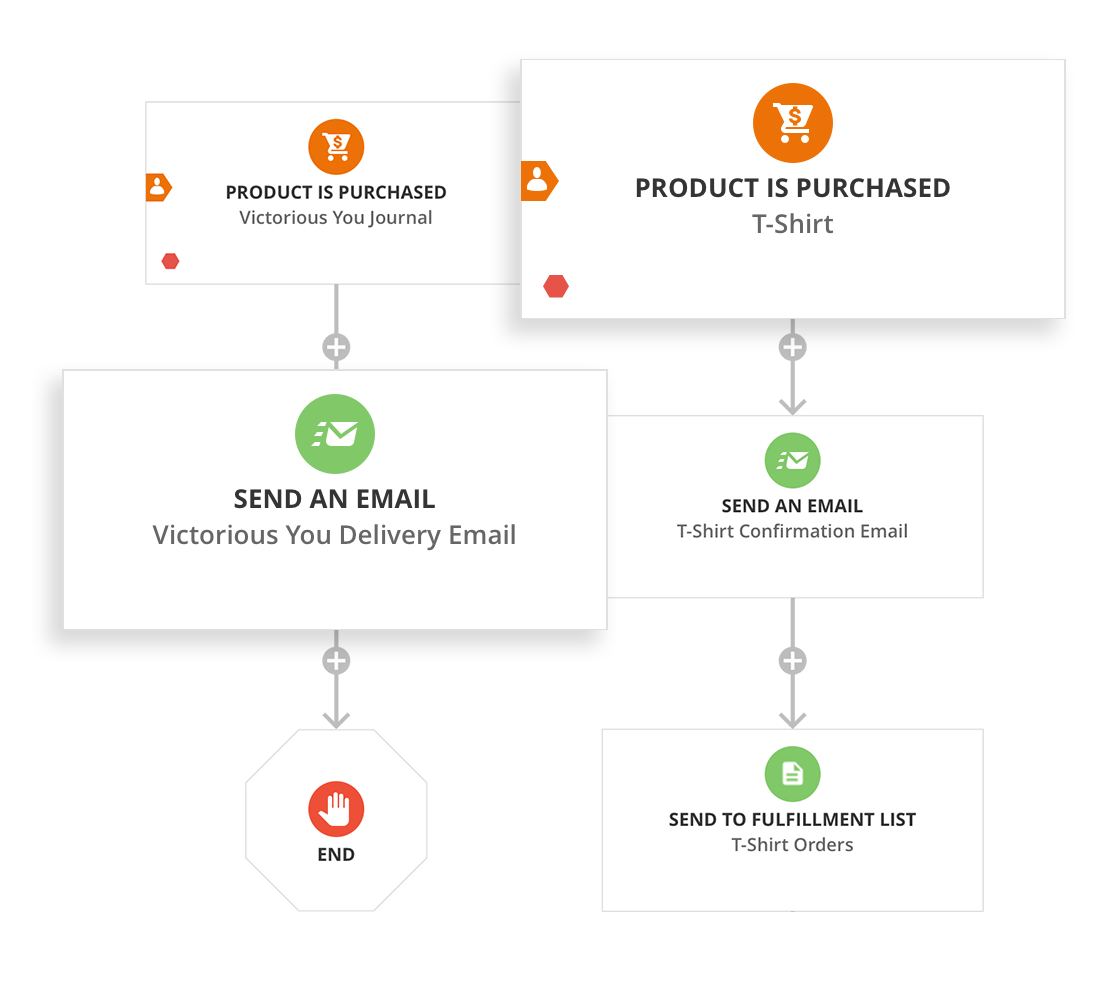 "
It’s a game changer for me. I feel like I’m really running a business now. I look at business in a whole new way.

Discover how thousands of businesses have grown using Ontraport.