3 Ways Embracing Automation and Technology Can Turbocharge Your Entrepreneurial Quest

Share this Article
Related Posts
Want Happy Customers? Start With Your Team
How to Develop a Positive Relationship With Failure
Prioritize Mental Strength in Your Business With These 5 Tips
10 Years of Culture: We’ve Come a Long Way From Three Dudes in a Yurt
By Lena Requist
Technology has long been lauded as the savior of modern business, but some fear it may also hasten its downfall. Pew Research Center reported that a full two-thirds of Americans think robots will overtake most humans’ work over the next 50 years, inspiring feelings of both resentment and awe toward the technology we ourselves have created.

Rather than be intimidated by this looming possibility, however, entrepreneurs should recognize that this means they have more control than they realize. Technology’s power puts them in a position to create value, which should reveal opportunities and fuel the entrepreneurial spirit.

The problem is that most entrepreneurs have trouble shifting their perspective to see what’s overwhelming as empowering. 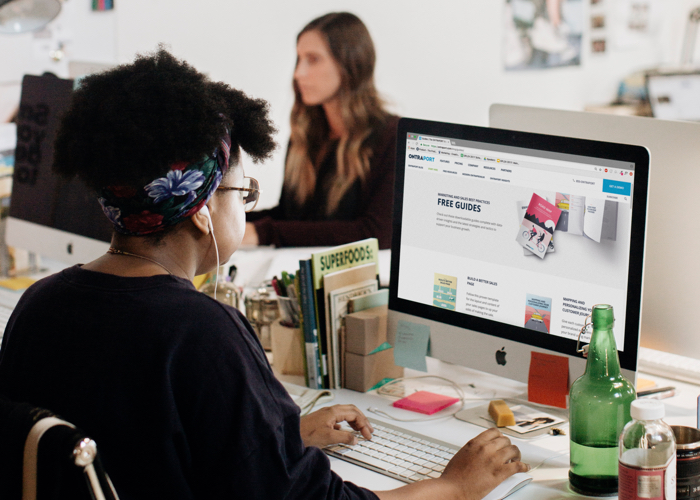 People are worried about machines, computers and factories taking their jobs, dwelling on whether their own positions will be threatened. It’s not a question of whether it’s going to happen — it’s a matter of when. The takeover is already underway, but we’re so busy staring at what’s fading into the mist that we’re overlooking the amazing possibilities that come with technology.

Here are a few steps we can take to reframe technology as our ally, not our enemy:

1. IDENTIFY THE TASKS YOU CAN AUTOMATE TO FREE YOUR BRAIN UP FOR CREATIVE BIG-PICTURE THINKING.

Not that long ago, we lived without cell phones. Now, we carry powerful computers in the palm of our hands, telling us which roads to take when we’re in traffic, enabling us to check in for flights and letting us look up anything we need with the push of a button. They save us time, energy and money, freeing us up to spend our most valuable resource — our lives — on the things that really matter.

The same idea applies to our companies. Things that are time-consuming but not thinking-intensive — aka the stuff we called “busywork” in school — suck up the hours and brain cells that would be better spent on the difficult tasks we can’t hand off.

A study published in Behavioral and Brain Functions concluded that a prolonged cognitive load — too much to think about — results in mental fatigue. That means that when you finally do find the time to devote to those high-value tasks, you don’t have the energy to do so.

McKinsey & Company’s 2016 “Automating the Insurance Industry” report assessed how automation could be applied to the insurance industry’s current tasks, and it found that up to a quarter of the field’s existing roles could be combined or removed in the coming decade. Machine learning could take over up to 60 percent of an insurance sales agent’s job, for example, but only 35 percent of an underwriter’s. That means that in 10 years, insurance companies will be able to dedicate more of their team members’ brain power to more complex tasks while handing the easier ones off to computers. 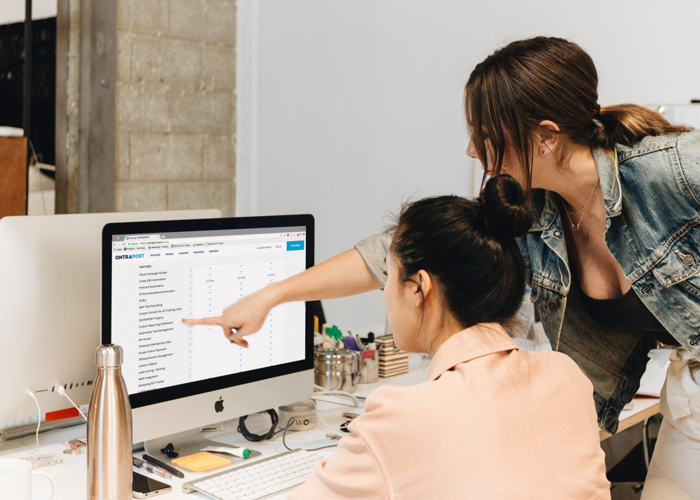 2. DETERMINE WHERE YOU ADD THE MOST VALUE TO YOUR TEAM, AND THEN ISOLATE THE AREAS THAT TAKE AWAY FROM THOSE TASKS.

Entrepreneurs erroneously assume that everything they do for their businesses is valuable. It likely is all worthwhile to some extent, but some efforts add more value to their companies than others. Growing a company and leading a team makes it essential that you identify where you’re adding the most value so you put your focus there.

I’ve worked with leaders who realized their time was best spent working on developing business partnerships or on hiring executive-level positions for their companies, but they were investing their days in approving ad copy or backing up data — things that could be handled by automation. To be sure, backing up data is vital to a company, as GitLab could tell us after experiencing data deletion, followed by a backup failure.

GitLab’s incident initially occurred as a result of a system administrator accidentally deleting a folder of live production data. In the wake of this disruption caused by human error, industry professionals recommended that others use all-in-one platforms with analyzers to determine what should be backed up and then automatically back those files up. This underscores the fact that what those entrepreneurs I’ve known have spent their time on could have been better accomplished by technology than by them — and allowed them to spend time building high-revenue partnerships instead.

3. ASSESS WHAT YOUR COMPANY CURRENTLY CAN’T DO ITSELF.

We all know entrepreneurs who wouldn’t have a blog on their website if it weren’t for a platform such as WordPress. Technology can be seen as an extension of your business that enables your company to do things and offer services or products it couldn’t otherwise.

My company has consulted with businesses that have held group brainstorming sessions to determine what they should be doing but couldn’t with their current technology, staff or skill sets. They were clients of ours who hoped our platform had the ability to assist them with their new efforts. In some cases, we already offered a way to do what they wanted and simply had to show them how to integrate it; in others, we discussed how we could create what they were looking for or tweak an existing feature to do so.

In both instances, my company — and theirs — took advantage of technology to expand our offerings and grow our businesses.

Technology may ultimately change how many of our jobs look. But this is a time of opportunity, not fear — what our companies and roles look like in the future will be enhanced, not diminished, versions of what we do now. If you free up some brain space, identify where you add the most value and pinpoint what you want to do in the future, you’ll be driving the technology changes you’ll encounter rather than be driven by them.

About Lena Requist
Lena Requist, President of Ontraport, is passionate about growing businesses and developing kick-ass business teams. She brings that enthusiasm, along with an impressive background of building startups into multimillion dollar businesses, to her inspirational and motivational talks. Lena’s talent helped grow Ontraport 5,000% in three years, landing the organization at #102 on the 2012 Inc. 500 list and #96 on Forbes' list of America's Most Promising Companies. The secret to her success is the combination of her passion for business and her unique style of management, for which she received the 2012 Stevie award for Female Executive in Business. She has fostered a culture of productivity, empowerment and free thinking at Ontraport, which was recognized with an Achievers' 50 Most Engaged Workplaces award.
Share this Article
Related Posts
Want Happy Customers? Start With Your Team
How to Develop a Positive Relationship With Failure
Prioritize Mental Strength in Your Business With These 5 Tips
10 Years of Culture: We’ve Come a Long Way From Three Dudes in a Yurt