Browse Categories
Ontraport’s solutions work together to give you everything you need to run your business in one centralized, easy-to-use platform.
Marketing Automation arrow_forward
Give each customer a tailored experience to drive sales while eliminating busy work for your team.
Email Marketingarrow_forward
Send emails that keep your customers engaged so your sales continue to grow with your list.
Landing Pagesarrow_forward
Land more leads and customers with web pages that promote your products and show off your brand.
Marketing Analyticsarrow_forward
Use visual analytics to make confident decisions for smarter marketing and more profits.
Membership Sitesarrow_forward
Create a custom subscription site and manage it from one place to earn recurring revenue with ease.
Sales Force Automationarrow_forward
Optimize your entire sales process to generate more prospects, nurture your leads, and close more sales.
Ecommercearrow_forward
Process online sales and seamlessly manage payments and subscriptions.
CRMarrow_forward
Personalize every customer interaction to generate more sales using all-inclusive customer data.
Referral/Partner Programsarrow_forward
Drive and track revenue generated by referral partners who receive commissions for helping you grow.
Business Process Automationarrow_forward
Automate your team’s most time-consuming, repetitive tasks to create more freedom in your business.
Browse Categories
Free Resources
Choose from a variety of comprehensive guides and online tools that you can use to move your business forward.
Read the Reviews
In-Depth Guides arrow_forward
Download ebooks complete with best practices, data-driven insights and tactics to help you optimize your marketing.
Software Comparisonsarrow_forward
See if Ontraport is the right fit for you — compare the top marketing automation and CRM software on the market side by side.
Step-by-Step Templatesarrow_forward
Implement proven marketing processes with our easy-to-follow worksheets and checklists.
Get the Factsarrow_forward
View the most common myths and frequently asked questions about Ontraport so you can get clarity and feel confident in your buying decision.
Marketing Blueprintsarrow_forward
Develop fundamental marketing strategies with our extensive digital handbooks.
Customer Reviewsarrow_forward
Don’t just take our word for it. See why businesses from every industry love Ontraport’s marketing automation and CRM software.
Feature Use Casesarrow_forward
See exactly what you can do with Ontraport, and learn how you can personalize its features to perform your specific needs.
How Ontraport Works arrow_forward
Get a guided tour through the five phases of the customer lifecycle in a business powered by Ontraport’s robust marketing automation suite.
Coursesarrow_forward
Log in to Ontraport Education’s online courses and training to develop the skills you need to get ahead in today’s competitive market.
ROI Calculatorarrow_forward
Get an honest estimate of the return you can expect from an investment in Ontraport’s software.
Free Resources
Modern Ontrapreneur
Find free content on the latest marketing strategies, using Ontraport in your business, and finding the right software solutions.
Check out the Podcast
Modern Ontrapreneur Podcastarrow_forward
Hear successful business owners share their stories and advice to fellow entrepreneurs.
Modern Ontrapreneur Magazinearrow_forward
Subscribe to Modern Ontrapreneur magazine to become an expert on a new marketing or business topic every quarter.
Success Storiesarrow_forward
Find out how our users have created thriving businesses and transformed their lives with Ontraport.
User Conferencearrow_forward
Learn how to get the most out of your Ontraport account and get facetime with Ontraport experts at our annual conference, Ontrapalooza.
Landon Rayarrow_forward
Read articles from Ontraport Founder and CEO Landon Ray on the blog.
Lena Requistarrow_forward
Read articles from Ontraport President Lena Requist on the blog.
Modern Ontrapreneur
Insights
Ontraport empowers businesses large and small, all over the globe, and in every industry, to succeed.
Read the Reviews
Engineering arrow_forward
Find out about our latest feature releases from Ontraport’s Engineering team.
Careersarrow_forward
Check out our open positions and learn about Ontraport’s team, benefits and values.
Newsarrow_forward
Find recent media coverage, resources for the press and information about Ontraport speakers.
Customer Insightsarrow_forward
View clips and recaps of our video strategy sessions with Ontraport clients.
Insights
Subscribe
menu
close
Ontraport
Blog
Browse Categories keyboard_arrow_down keyboard_arrow_up
Marketing Automation
CRM
Email Marketing
Landing Pages
Marketing Analytics
Sales Force Automation
Ecommerce
Membership Sites
Partner Programs
Business Process Automation
Free Resources keyboard_arrow_down keyboard_arrow_up
In-depth Guides
Software Comparisons
Step-by-step Templates
Get the Facts
Marketing Blueprints
Customer Reviews
Feature Use Cases
How Ontraport Works
Courses
ROI Calculator
Modern Ontrapreneur keyboard_arrow_down keyboard_arrow_up
Podcast
Magazine
Success Stories
User Conference
Landon Ray
Lena Requist
Insights keyboard_arrow_down keyboard_arrow_up
Engineering
Careers
News
Customer Insights
Subscribe
Go to Ontraportopen_in_new

Find Out How These Five Business Owners Embody The Entrepreneurial Spirit

Meet the MODERN ONTRAPRENEURs of 2017

Our five winners have creatively employed the latest strategies to grow their audience, convert more leads, and impress their customers, all in service of their mission to make life better for everyone who crosses their path.

It’s about what those metrics reflect: the fact that you’re sharing your passion with more people.

The drive to bring joy to customers while sharing something they care deeply about is what sets apart this year’s finalists for our MODERN ONTRAPRENEUR Awards. The awards, hosted by ONTRAPORT, recognize entrepreneurs who have creatively employed the latest strategies to grow their audience and impress their customers, all in service of their mission to make life better for everyone who crosses their path.

“ONTRAPORT’s mission is centered around supporting entrepreneurs, and the MODERN ONTRAPRENEUR awards are one way we celebrate their journeys and honor their important role in the business community,” said ONTRAPORT President Lena Requist. “We created the MODERN ONTRAPRENEUR awards to celebrate the innovative ways in which entrepreneurs are meeting the needs of their customers in today’s competitive landscape.”

With at least six times as many applicants as we had last year, our team had no shortage of impressive candidates to choose from. Here are our five winners for 2017. 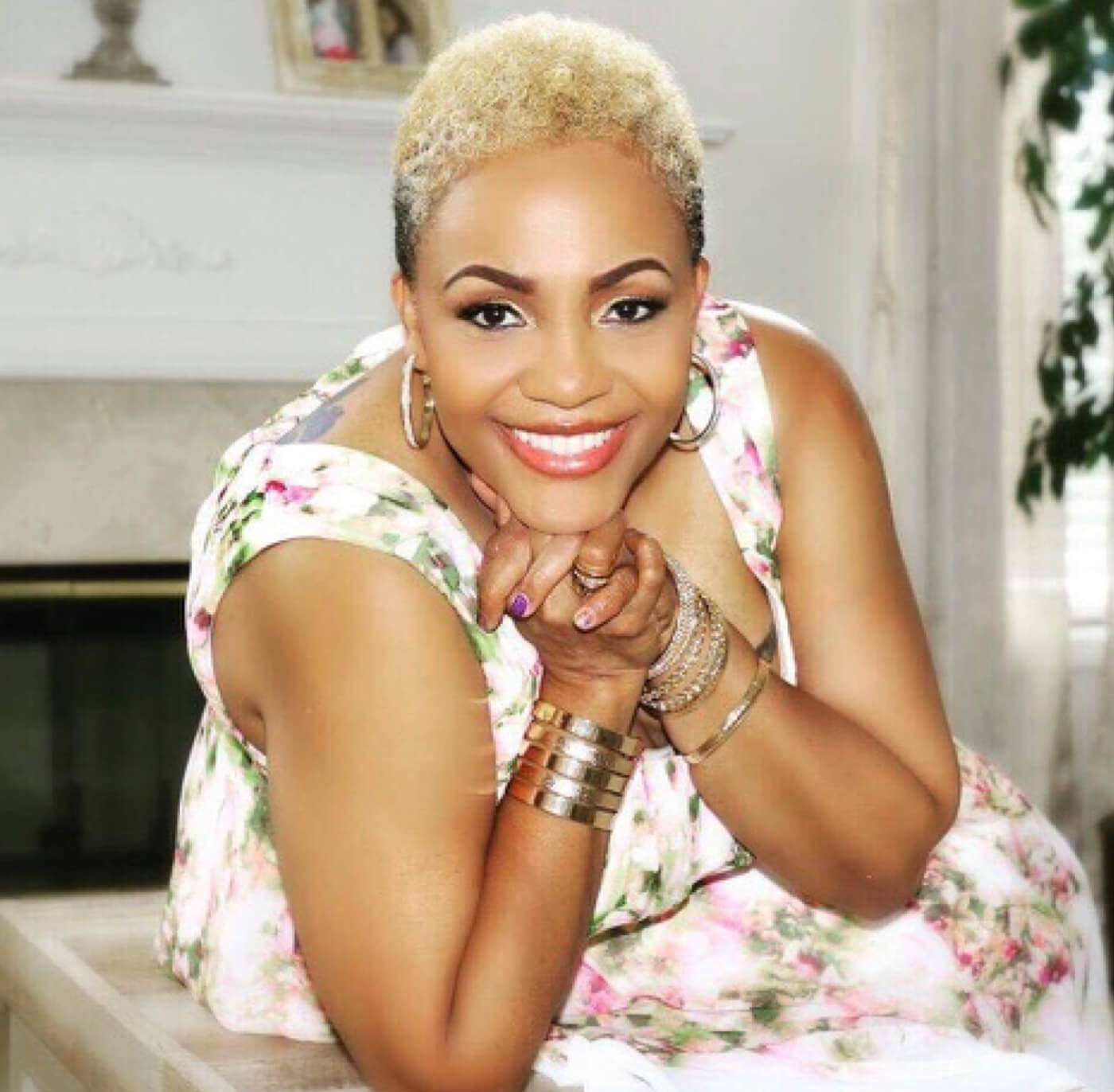 Joan Randall is an international speaker, author and personal development coach. She is president of Joan T. Randall Enterprises and the founder of Victorious You. As a domestic violence survivor who is thriving, Joan is a transformation catalyst who empowers women to go from stuck to success. Through her personal experiences, she has developed a guaranteed five-step strategy called “Finding a Way Out,” proven to support women as they transform from broken to brave, victim to victor, and survivor to thriver.

Before becoming an entrepreneur, Joan’s career began in sales at Macy’s, where she advanced to become a vice president. Joan has written two bestselling books and has made appearances on Fox, CNN, NBC and ABC. 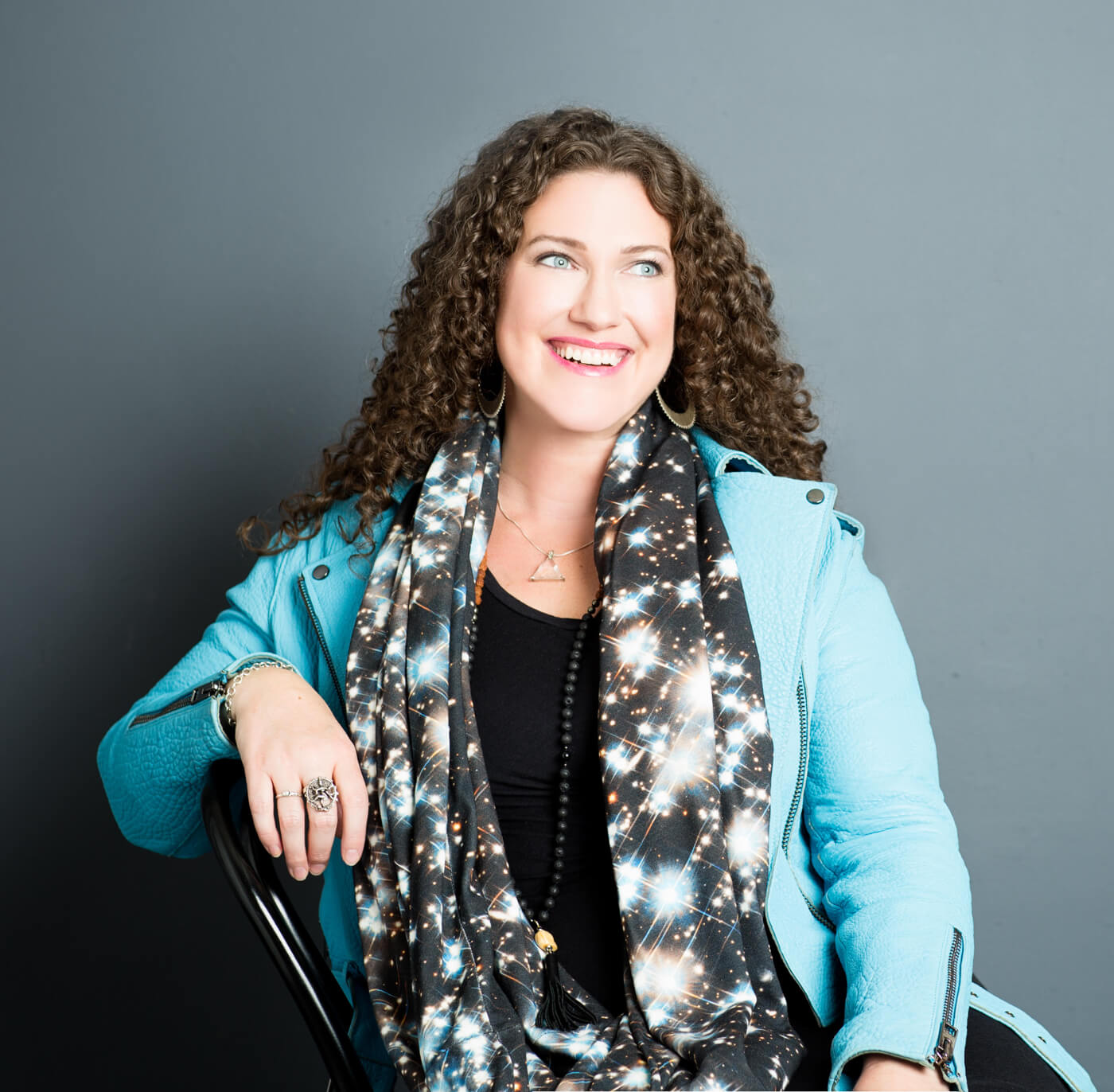 Often referred to as the “Yoga Doctor,” Alanna Kaivalya has made it her mission to help yoga teachers embody their knowledge, take their skills to the next level and create more impact in the world. Alanna holds a Ph.D. in Mythology and has authored three books and numerous guides on yoga, spirituality and mythology.

Since becoming the host of the first-ever yoga podcast in 2005, Alanna has continued finding ways to provide access to yoga education for  yoga instructors hoping to make a career out of their spiritual practice. She offers multiple courses on alannak.com, including the world’s first 500-hour online teacher training with YogaDownload and The Modern Mystery school. Alanna and her work have been featured by The Huffington Post, Yoga International, The History Channel, Well + Good, and more. 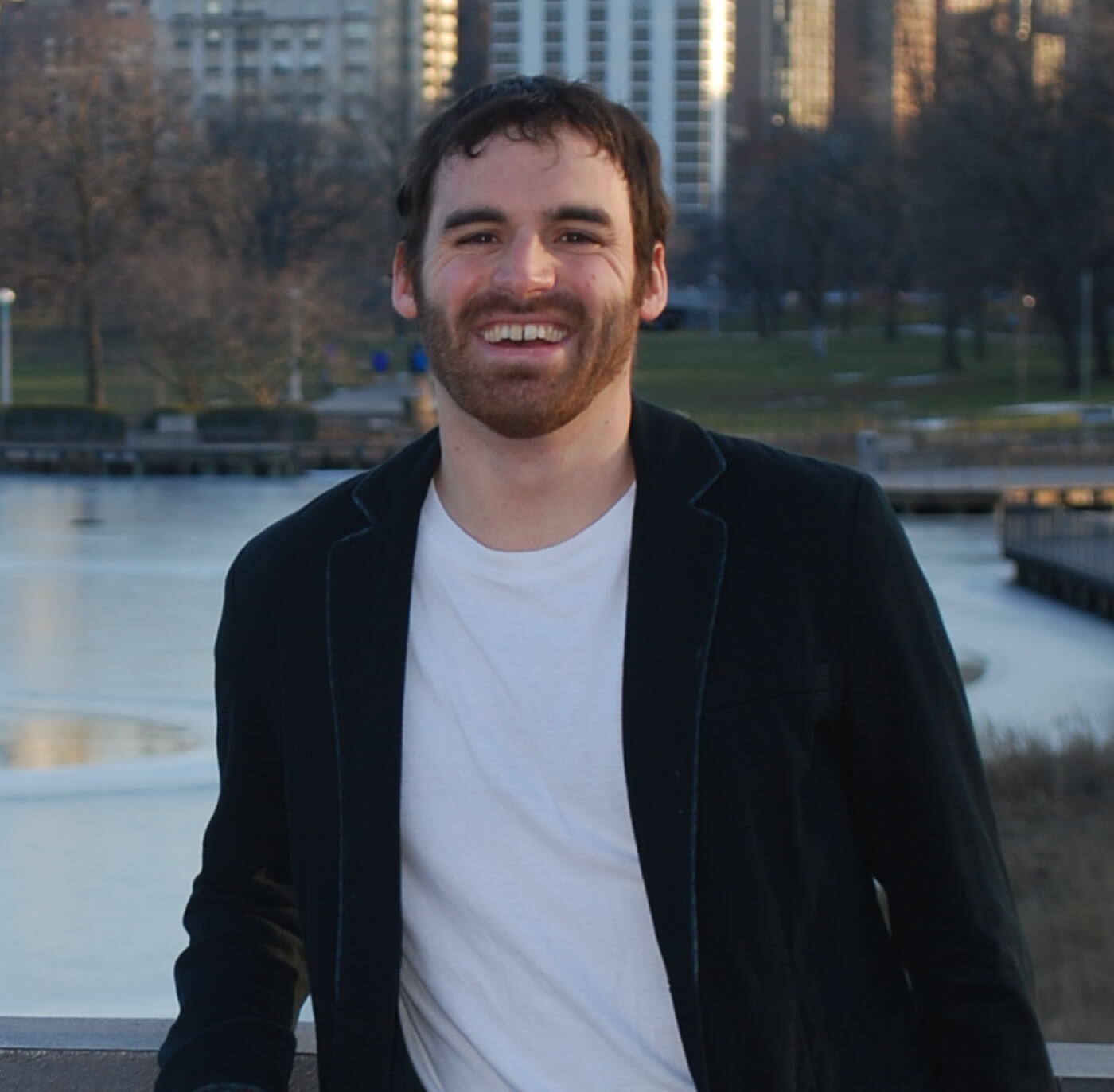 Scott Hawksworth launched AudioSkills in February of this year to give musicians and aspiring music producers an easier way to record, mix, master and produce their own music. Scott, a lifelong musician and audiophile, realized his passion for “DIY music” was shared by many millions of people all over the world. He works with expert audio professionals (including Grammy Award winners) to regularly release new premium courses to the AudioSkills community. Scott also hosts the popular AudioSkills Podcast and consistently produces content for the AudioSkills blog and YouTube Channel.

The AudioSkills team believes we’re currently in a golden age for DIY music production and is on a mission to help self-produced artists bring out the best of their musical ideas so they can share their music with the world. 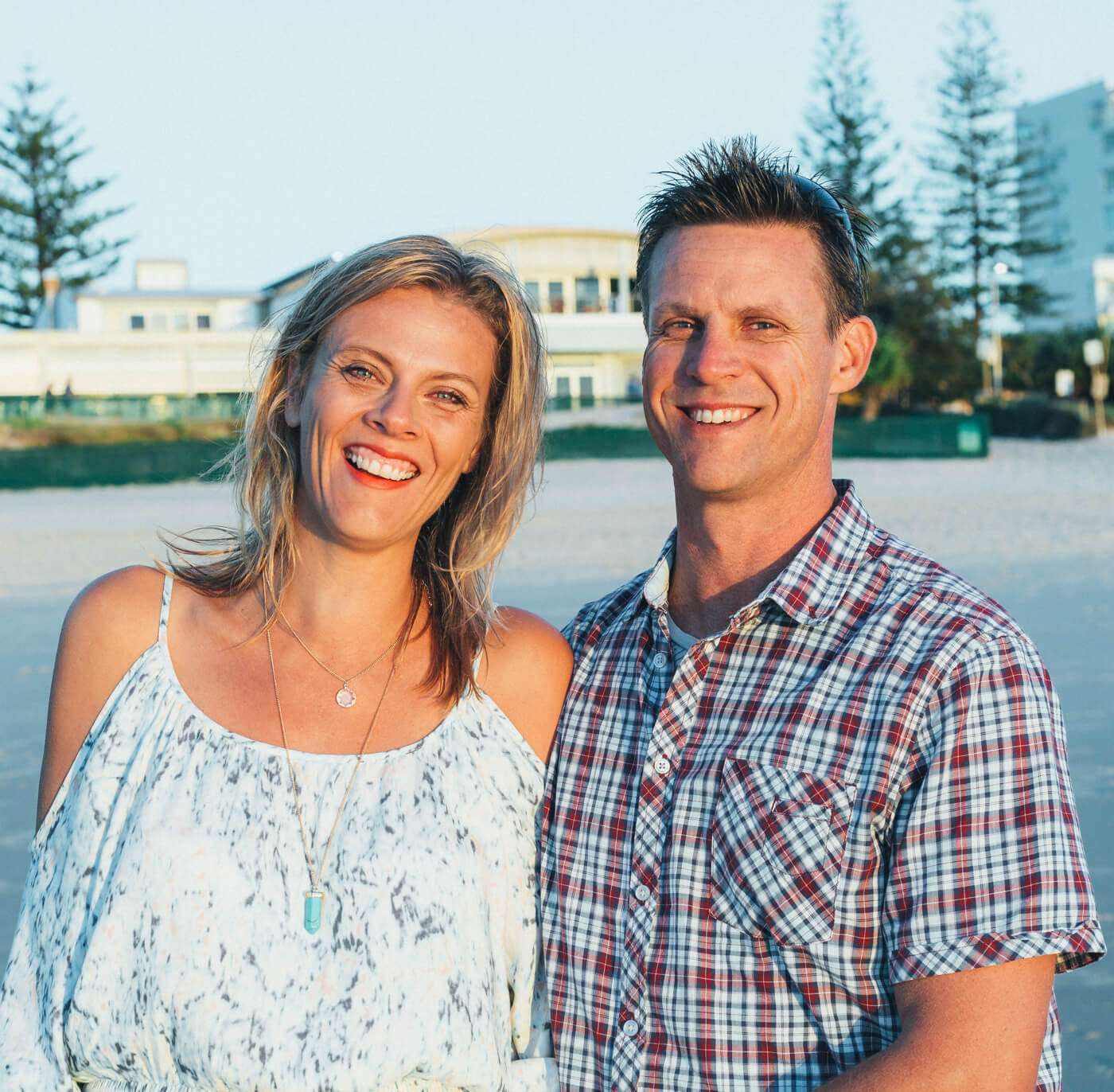 Caz and Craig Makepeace are the founders of ytravelblog.com, one of the world’s most influential travel blogs. Since the blog launched in 2010, its monthly readership has grown to over 350,000 visitors who come for the in-depth tips about how to travel with kids and a tight budget.

The couple has worked with some of the biggest brands and travel destinations in the world and regularly speak at travel events and blogging conferences. They have been featured as travel experts on The Today Show, Travel + Leisure, Lonely Planet, Forbes and CNN online and were invited to attend the White House as top digital travel influencers. 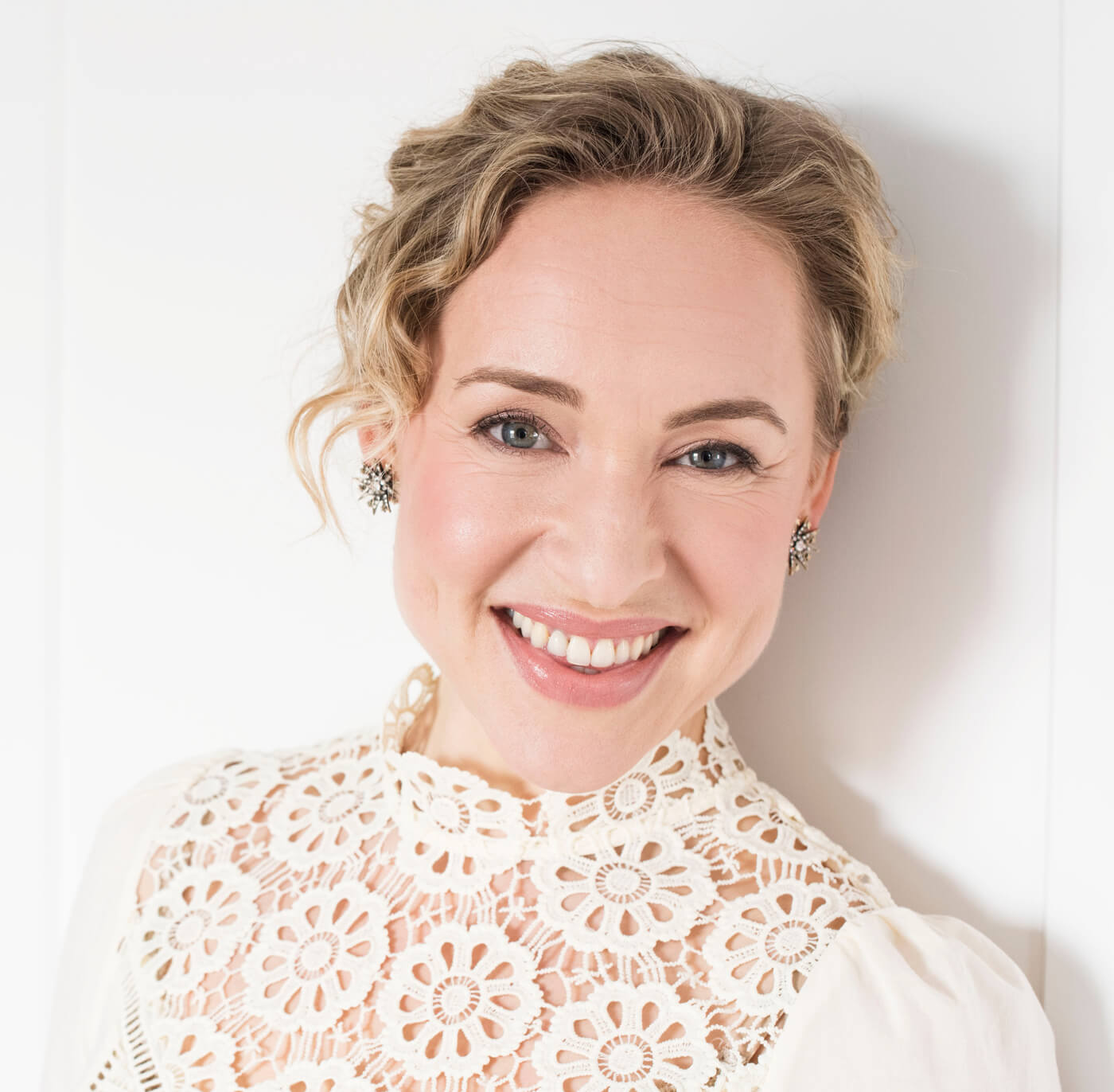 As an entrepreneur, bestselling author, mother and activist, Kate Northrup supports ambitious, motivated and successful women in lighting up the world without burning themselves out in the process. Committed to empowering women entrepreneurs to create their most successful businesses while navigating motherhood, Kate is the founder and CEO of Origin Collective, a monthly membership site where women all over the world gather to achieve more while doing less.

Her first book, Money: A Love Story, has been published in five languages. Kate’s work has been featured by The Today Show, Yahoo! Finance, Women’s Health, Glamour, and The Huffington Post, and she’s spoken to audiences of thousands with Hay House, Wanderlust, USANA Health Sciences and more.

There were many more deserving entrepreneurs than we had space to recognize this year. We’d like to mention several more inspiring applicants, including:

With over $100 million in consulting contracts under her belt, Malorie helps her Fortune 100 clients close about $800 billion in sales each year.

Owners Academy is a membership site powered by ONTRAPORT that helps people create physical product brands. Matthew shows members exactly what he’s doing with his own physical brands that have achieved over $1 million in sales.

Hamish is the creator of a signature brand of ready-to-eat meals, Muscle Fuel, available for delivery in New Zealand. Before launching Muscle Fuel, Hamish was well-known as a wrestling champion with both regional and national titles.

Who doesn’t love being in the moment on holiday? This shared passion led Ben and Benieke to create Wanderloud, a global network of photographers who provide destination photoshoots, allowing travelers to enjoy no-selfie holidays.

After years running a restaurant, Ryan discovered that restaurateurs like himself needed more resources to succeed in a competitive industry. He is the creator of The Restaurant Boss, a membership site that helps restaurant owners increase profits and freedom, and clickbacon.com, a software that helps owners operate highly profitable restaurants.

As the Director of Marketing at Kiefer Consulting, Brian and his team build online solutions that people actually use. They stay focused on solving their clients’ business challenges while leveraging technology, rather than leading with it.

Biddy Tarot provides a safe, modern learning environment to inspire individuals to live an intuitive, conscious life with Tarot as a guide. Brigit has grown the business by 77% in the past year, building the company to seven figures with 14 team members.

After starting her own successful boudoir photography business, Molly decided to help others do the same. Boudie Shorts offers tools and courses to help photographers book more boudoir sessions and, in turn, empower more women around the world.

As the founder of a nonprofit whose mission is to disrupt diet culture, Helen focuses on speaking out for a more positive approach toward food and dieting to promote better mental health and a more positive self image. Nutriri provides group workshops, online content and one-on-one coaching.

We’re now accepting applications for 2018 awards. Enter to win $5,000, a free year of ONTRAPORT, and more amazing prizes by filling out our short application here by August 24, 2018.

Associate Editor Megan Monroe is a graduate of Santa Barbara’s Westmont College where she studied Philosophy and Communications. After working for several local small businesses (where she gained firsthand experience with the frustration of manual segmentation and follow-up), Megan joined the Ontraport Growth Team. When she isn’t writing marketing copy, social media posts or educational guides for entrepreneurs, she enjoys taking advantage of the Central Coast's amazing wineries and cooking without following a recipe.
close