Browse Categories
Ontraport’s solutions work together to give you everything you need to run your business in one centralized, easy-to-use platform.
Marketing Automation arrow_forward
Give each customer a tailored experience to drive sales while eliminating busy work for your team.
Email Marketingarrow_forward
Send emails that keep your customers engaged so your sales continue to grow with your list.
Landing Pagesarrow_forward
Land more leads and customers with web pages that promote your products and show off your brand.
Marketing Analyticsarrow_forward
Use visual analytics to make confident decisions for smarter marketing and more profits.
Membership Sitesarrow_forward
Create a custom subscription site and manage it from one place to earn recurring revenue with ease.
Sales Force Automationarrow_forward
Optimize your entire sales process to generate more prospects, nurture your leads, and close more sales.
Ecommercearrow_forward
Process online sales and seamlessly manage payments and subscriptions.
CRMarrow_forward
Personalize every customer interaction to generate more sales using all-inclusive customer data.
Referral/Partner Programsarrow_forward
Drive and track revenue generated by referral partners who receive commissions for helping you grow.
Business Process Automationarrow_forward
Automate your team’s most time-consuming, repetitive tasks to create more freedom in your business.
Browse Categories
Free Resources
Choose from a variety of comprehensive guides and online tools that you can use to move your business forward.
Read the Reviews
In-Depth Guides arrow_forward
Download ebooks complete with best practices, data-driven insights and tactics to help you optimize your marketing.
Software Comparisonsarrow_forward
See if Ontraport is the right fit for you — compare the top marketing automation and CRM software on the market side by side.
Step-by-Step Templatesarrow_forward
Implement proven marketing processes with our easy-to-follow worksheets and checklists.
Get the Factsarrow_forward
View the most common myths and frequently asked questions about Ontraport so you can get clarity and feel confident in your buying decision.
Marketing Blueprintsarrow_forward
Develop fundamental marketing strategies with our extensive digital handbooks.
Customer Reviewsarrow_forward
Don’t just take our word for it. See why businesses from every industry love Ontraport’s marketing automation and CRM software.
Feature Use Casesarrow_forward
See exactly what you can do with Ontraport, and learn how you can personalize its features to perform your specific needs.
How Ontraport Works arrow_forward
Get a guided tour through the five phases of the customer lifecycle in a business powered by Ontraport’s robust marketing automation suite.
Coursesarrow_forward
Log in to Ontraport Education’s online courses and training to develop the skills you need to get ahead in today’s competitive market.
ROI Calculatorarrow_forward
Get an honest estimate of the return you can expect from an investment in Ontraport’s software.
Free Resources
Modern Ontrapreneur
Find free content on the latest marketing strategies, using Ontraport in your business, and finding the right software solutions.
Check out the Podcast
Modern Ontrapreneur Podcastarrow_forward
Hear successful business owners share their stories and advice to fellow entrepreneurs.
Modern Ontrapreneur Magazinearrow_forward
Subscribe to Modern Ontrapreneur magazine to become an expert on a new marketing or business topic every quarter.
Success Storiesarrow_forward
Find out how our users have created thriving businesses and transformed their lives with Ontraport.
User Conferencearrow_forward
Learn how to get the most out of your Ontraport account and get facetime with Ontraport experts at our annual conference, Ontrapalooza.
Landon Rayarrow_forward
Read articles from Ontraport Founder and CEO Landon Ray on the blog.
Lena Requistarrow_forward
Read articles from Ontraport President Lena Requist on the blog.
Modern Ontrapreneur
Insights
Ontraport empowers businesses large and small, all over the globe, and in every industry, to succeed.
Read the Reviews
Engineering arrow_forward
Find out about our latest feature releases from Ontraport’s Engineering team.
Careersarrow_forward
Check out our open positions and learn about Ontraport’s team, benefits and values.
Newsarrow_forward
Find recent media coverage, resources for the press and information about Ontraport speakers.
Customer Insightsarrow_forward
View clips and recaps of our video strategy sessions with Ontraport clients.
Insights
Subscribe
menu
close
Ontraport
Blog
Browse Categories keyboard_arrow_down keyboard_arrow_up
Marketing Automation
CRM
Email Marketing
Landing Pages
Marketing Analytics
Sales Force Automation
Ecommerce
Membership Sites
Partner Programs
Business Process Automation
Free Resources keyboard_arrow_down keyboard_arrow_up
In-depth Guides
Software Comparisons
Step-by-step Templates
Get the Facts
Marketing Blueprints
Customer Reviews
Feature Use Cases
How Ontraport Works
Courses
ROI Calculator
Modern Ontrapreneur keyboard_arrow_down keyboard_arrow_up
Podcast
Magazine
Success Stories
User Conference
Landon Ray
Lena Requist
Insights keyboard_arrow_down keyboard_arrow_up
Engineering
Careers
News
Customer Insights
Subscribe
Go to Ontraportopen_in_new

Share this Article
Related Posts
6 Ways to Expand Your Customer Base
Mindie Kniss: Lucra
Rachel Miller: Moolah Marketing
Matt Coffy: CustomerBloom
By Andy Reese
Long gone are the days where people put in a 9-to-5 just for the money.

In a recent survey of Stanford grads, 91% said they want to work for impactful companies — ones that make a difference — and would even take less money to do so.

A yearning for purpose coupled with the multitude of widespread problems we face today — globalization, environmental degradation and extreme poverty — has led to the rise of social entrepreneurship. This emerging small business trend is quickly gaining support and challenges the current business paradigm to shift to a more innovative solution that generates profits in addition to long-term, meaningful social change.

Why? Because it offers entrepreneurs a chance to make a difference and make money doing it. Because your customers want to support impactful businesses. And, most of all, because it’s a win-win system key to solving some of the problems we face on a global scale.

If you’re thinking: “Isn’t that what charities and nonprofits do?”

Well, when it comes to helping those in need, charities are good and nonprofits are better, but business is best. 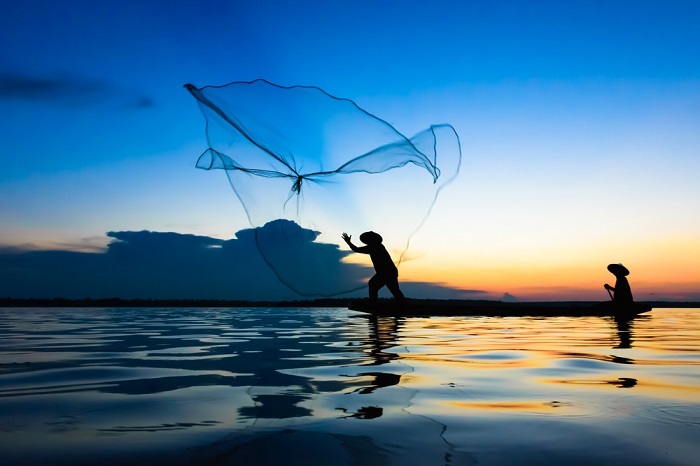 Charity: “Give a man a fish and you feed him for a day.”

Nonprofits: “Teach a man to fish and you feed him for a lifetime.”

Social Entrepreneurship: “Provide a man access to capital to create a sustainable fishing business at a fair rate of return and change the world.”

Now which one of those sounds best? I like the last one…

The best social entrepreneurs create businesses with the “Triple Bottom Line” in mind.

Will my business make money? Will it help the environment? Will it create long-term change or help socially empower people? These are the types of questions social entrepreneurs ask before starting up. It takes a lot of time, dedication and creativity to come up with the innovative solutions necessary to be impactful. 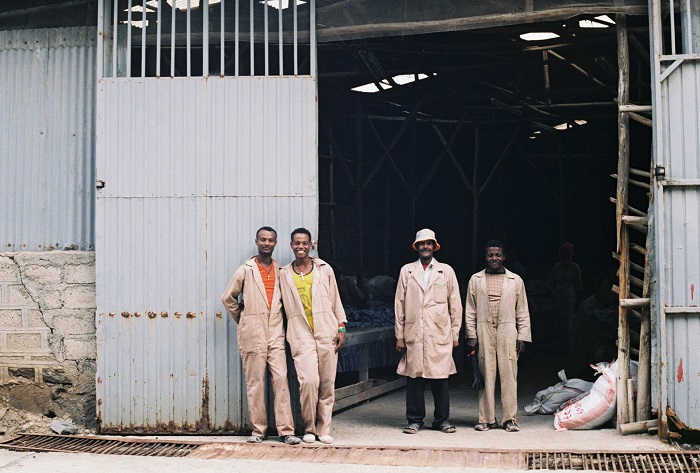 Oliberté has done an amazing job of addressing the Triple Bottom Line. What started as a tiny footwear company with a few partnerships in Africa has grown to become a large brand that helps empower communities to overcome poverty. Instead of simply donating money and supplies to the people they serve, Oliberté provides fair jobs in their factories that ensure a stable monthly income and boost the local economy, which sets the community up for long-term success. They also source all their materials from local markets and are the world’s first Fair Trade Certified footwear manufacturing factory.

Let’s take a look at a few more important social enterprises that balance profit with purpose.

One of the first, real social enterprises, Grameen Bank micro-finances the rural poor of Bangladesh, providing loans, saving accounts and pension plans. Founded by Muhammad Yunus in 1983, the bank aims to increase self-sufficiency and decrease poverty by giving out small, low interest loans for local entrepreneurs to start their own businesses. The bank has brought in a net income of more than $10 million, while helping over 8.4 million people and landing Yunus a Nobel Prize along the way. Since its inception, Grameen Bank has inspired other organizations to microfinance and empower deprived entrepreneurs around the world. 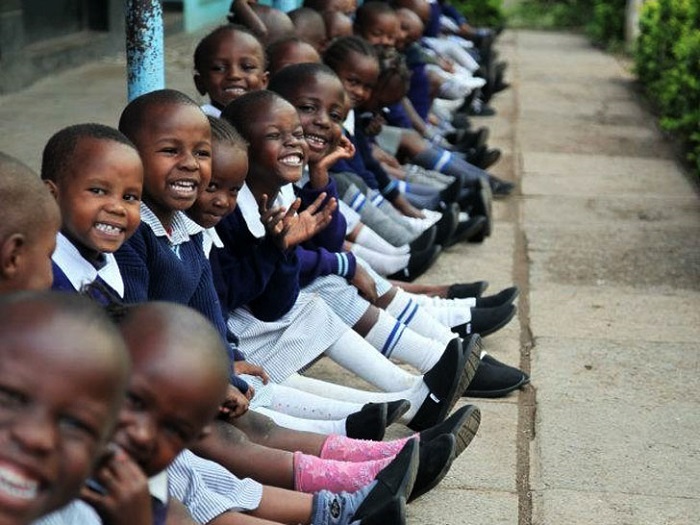 The story of Toms shoes is an interesting one, chock-full of controversy. When they first launched, led by serial entrepreneur Blake Mycoskie, Toms had an attractively simple “One for One” business model: For every pair of shoes sold, a pair would be donated to someone in need. Toms exploded onto the scene and people were thrilled with the company’s purposeful mission.

However, despite the company’s good intentions, critics questioned Toms’ “One for One” business model and pondered if new shoes were what underserved people truly needed. People argued that the resources could be better used to solve the complex social problems occurring in these communities. The shoe company was even accused of potentially harming the communities they served by undercutting local producers and hurting the local economy with their charitable donations.

Since then, Toms has made significant strides to become much more socially aware and focus on solving long-term issues within the communities they serve. 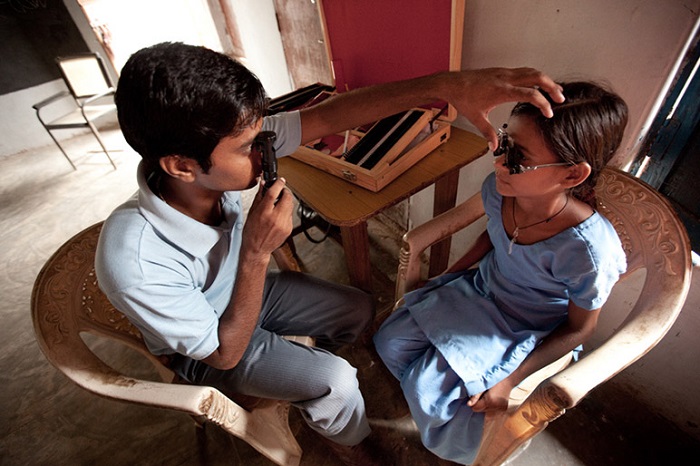 Since its inception, Warby Parker has had a strong vision for its social mission. Operating on a similar “One for One” business model, the eyewear company obviously learned from Toms’ early social shortcomings. They’ve created a sustainable system in which micro-entrepreneurs are trained to give eye tests and sell glasses to their communities at affordable prices. Promoting self-sufficiency, alleviating poverty, and giving the gift of sight — all while turning a profit? Brilliant. 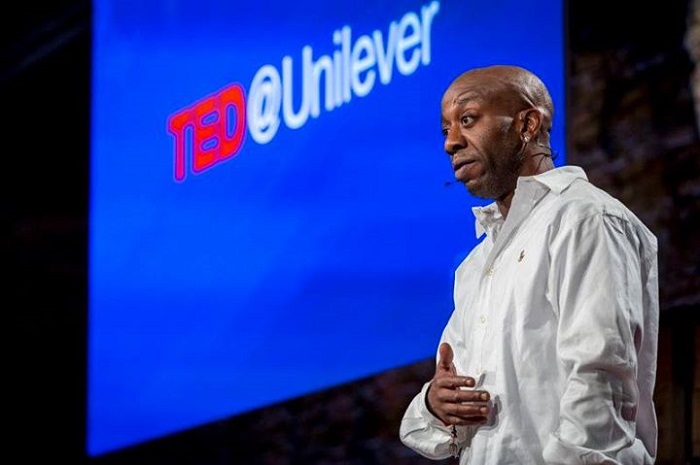 Not all social enterprises have to help people in some far-off developing country. There are plenty of amazing companies doing amazing things for people in need, right here in the U.S. Greyston Bakery is most known for providing Ben and Jerry’s Ice Cream (also a social enterprise) with the delicious brownies that are featured in a variety of their flavors. However, as CEO Mike Brady states in his TED Talk, Greyston focuses on two things: 1) Making high-quality, profitable products and 2) Helping to eradicate extreme poverty in their community of Yonkers, New York. They utilize an open hiring policy that provides opportunity to people who otherwise have nowhere else to find work. Everything is focused around creating positive change within the local community where they live and work.

So right about now, you may be thinking, “Well, most of these companies are larger, international companies that have the funding, resources and time to focus on becoming more socially impactful. My small business could never do something like this, right?”

LSTN is a small headphone company with a mission to change the world through the power of music. For every pair of headphones sold, LSTN helps restore hearing to someone in need as part of their “Giving Back. Amplified.” campaign. Despite having only a few full-time employees, in just two years, they’ve helped over 15,000 people around the world hear for the first time. 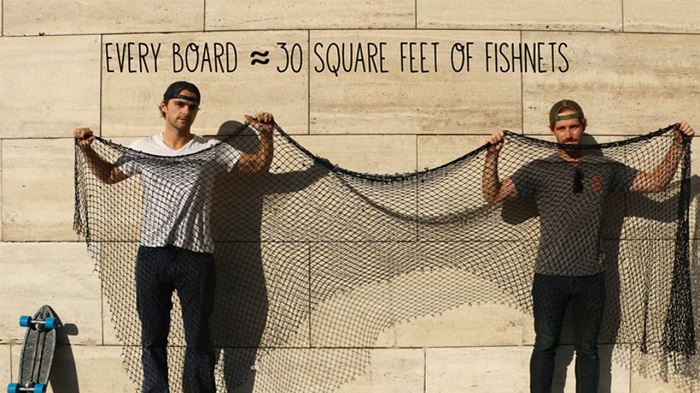 It’s inspiring to see small businesses devoting valuable time, money and resources towards good causes. There are millions of ways to make a difference — all it takes is a little bit of creativity and some serious commitment.

Looking to the Future

At this point, social entrepreneurship is much more than just a trend; it’s a full-on movement proven by thousands of companies… and it’s here to stay. The only uncertainty lies within our will to change. Do we continue forward with only personal gain and profits on our minds? Or do we try to redefine how business is done, change the world and still turn a profit?

The pioneers of social entrepreneurship have laid down the foundation for a massive paradigm shift. Now it’s up to the next generation of innovators to pick up where they left off and create a new business environment where success is no longer measured by who makes the most, but by who does the most.

About Andy Reese
Content Specialist Andy Reese graduated from the University of California, Santa Barbara in 2014 with a B.A. in Environmental Studies (emphases in Sustainability and Entrepreneurship). In his short career, Andy has already written grants and media plans for several businesses and nonprofits, worked at two tech startups and the Surfrider Foundation.
Share this Article
Related Posts
6 Ways to Expand Your Customer Base
Mindie Kniss: Lucra
Rachel Miller: Moolah Marketing
Matt Coffy: CustomerBloom