How Hashtags Can Help You Drive Your Content Marketing Reach

Share this Article
Related Posts
The Power Of Authenticity
How to Revamp Your Social Media Presence in 2017
By Tatiana Doscher
Here’s a challenge: engage someone on the street and show them this symbol: #. Odds are they’ll refer to it as a hashtag. Just about everyone’s heard of them, and many use them every day. In fact, hashtags have been integrated into popular speech – transcending social media platforms.

The funny thing is that given the ubiquity of hashtags, you’ll be hard-pressed to find someone who can thoroughly explain what they are.

Used correctly, hashtags are one of the most functional and important driving forces of social media. They’re invaluable when it comes to indexing posts within a social network, and they can be one of the best tools for getting your content in front of the right audiences. From #BlackLivesMatter to #tbt to #pokemongo, a strategically placed hashtag can be the key to making your content go viral.

Where Did Hashtags Even Come From?

To many, it seems that hashtags just appeared with the onset of social media. In fact, their popularity can be traced back to a single user in the early days of Twitter. Chris Messina (or @chrismessina) tweeted the now-famous tweet of “how do you feel about using # (pound) for groups. As in, #barcamp [msg]?” back in 2007. While they took some time to catch on, they’ve become a cornerstone of social media.

On closer inspection, hashtags are straightforward and easy to understand: a pound sign (#) followed by a word or phrase that denotes the type of content or message that you’re sharing. These hashtags are added to a social platform’s massive database that then sorts posts based on the hashtags used. Think of them like tags or keywords. You tag your post with a trending hashtag, and then other people can find them when they’re searching for related content.

Since well over 500 million tweets and over 60 million instagram photos are posted per day, hashtags are one of the best ways to catalog and search for the never ending mountain of content living on social media.

You Can (and Should) Create Your Own Hashtags

Creating a hashtag is an excellent way to drive social engagement within your follower-base, and as your hashtags gain traction, they can help your content to be seen by hundreds, thousands, even millions of viewers. Some of the most popular hashtags were not generated by huge social media corporations, and you’re not limited to using hashtags that already exist – they can be created by any user to fit even the most specific topics.

It’s really quite simple to create your own –  just insert a phrase behind a # sign, but not all hashtags are created equal. If they’re too clunky or hard to digest, they simply won’t catch on. Your hashtags need to be:

The hashtag should be unique to the content, campaign, or event that you’re promoting. Before posting, check to make sure the hashtag you want to use hasn’t already been widely adopted in relation to a different topic. Use hashtagify.me to check existing hashtags, their prevalence, and whether or not they’re trending.

There’s nothing worse for exposure than a long-winded hashtag with too many characters to read at a glance. It’s important to note that hashtags are NOT case sensitive, meaning that #santabarbara will give you the same results as #SantaBarbara. A great way to visually simplify your hashtags is to capitalize the words you want to emphasize. This will also help you to avoid cringeworthy social media blunders like Susan Boyle’s infamous hashtag:  #susanalbumparty. Hashtags are, however, sensitive to punctuation, so avoid including any spaces or unnecessary punctuation.

For a hashtag to catch on it has to be specific to what you’re promoting and memorable enough that people will remember to use it. See, for instance, the hashtag #RoadtoRio that the Olympic Committee has been using to create buzz around the 2016 Summer Olympics in Rio de Janeiro, Brazil. 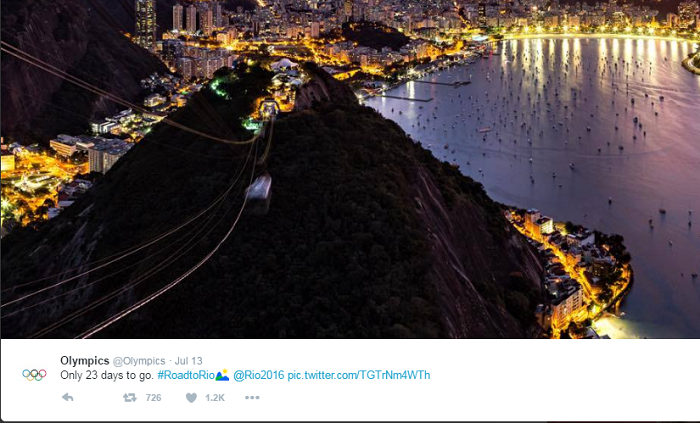 The hashtag is creative, simple and easy to remember – especially when it’s combined with an attention-grabbing image.

What Should I Create Hashtags For?

To generate widespread interest and intrigue in an event you’re hosting, event hashtags are the way to go. By engaging with people who use your hashtag (i.e. retweeting, commenting, liking, sharing), you’ll generate buzz around your event without having to create all that promotional content on your own.  Doing so also automatically creates a catalog of all engagement related to your hashtag – and by extension to your event.

A hashtag campaign can be a killer way to generate interest surrounding your brand as well as a method of growing your social proof. Take Audi’s #WantAnR8 campaign that promised to give five lucky people the chance to drive an Audi R8 for the weekend, just for tweeting the hashtag. This simple giveaway campaign ultimately grew Audi’s Twitter account following by 200%. 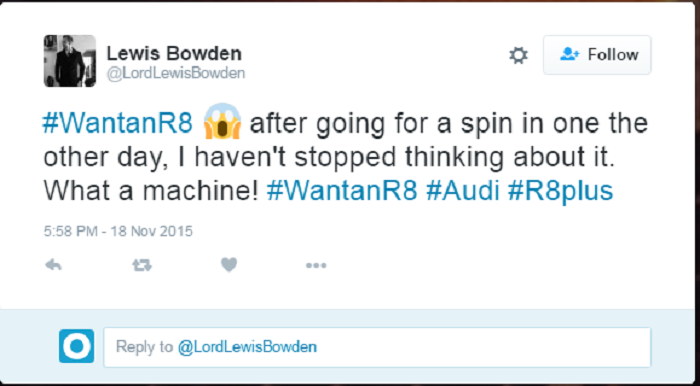 Even we use hashtags to promote campaigns and contests that aren’t based on social media, like our Modern Ontrapreneur Awards. 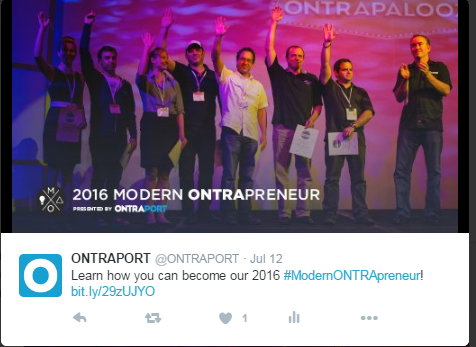 Another useful way to capitalize on the power of hashtags is to create a hashtag of your company’s name, motto or slogan. Used consistently in all your social media posts, this creates brand awareness among your followers and encourages them to repeat it as well.

Although they originated on Twitter, hashtags have become ubiquitous across most social media platforms including Facebook, Instagram, Vine, Google+ and Pinterest. While the same hashtag can be used across multiple platforms, each social media site has their own way of using them.

Twitter is the most popular social platform on which to use hashtags, and you can search for relevant hashtags in the upper right search bar. Because of the 140 character limit, it’s a widely accepted practice to NOT spam your posts with multiple hashtags. Keep it under three per tweet.

On Instagram, it’s more acceptable to use multiple hashtags, as long as they’re relevant. This allows your photo to show up on different results pages when each of your terms or phrases is searched on the platform. Tagging each word of your caption with a hashtag is very spammy, though, and will most likely annoy your audience.

Hashtags are helpful to make your content more searchable on Facebook and helps to facilitate conversations on the platform. By tagging your post with industry-specific hashtags like #FacebookTips, #BizTips or #marketing, you can extend your content’s reach organically.

About Tatiana Doscher
Campaign Strategist Tatiana Doscher is a graduate of the University of California, Santa Barbara with a dual B.A. in Communication and Global Studies. After working with several small and local businesses, Tatiana joined Ontraport’s Marketing team. She loves running, hiking and enjoying Santa Barbara’s beautiful beaches.
Share this Article
Related Posts
The Power Of Authenticity
How to Revamp Your Social Media Presence in 2017