How to Revamp Your Social Media Presence in 2017

Strategies You Need to Implement to Boost Your Social Engagement

Share this Article
Related Posts
The Power Of Authenticity
How Hashtags Can Help You Drive Your Content Marketing Reach
By Tatiana Doscher
About two years ago, social media was one of the Ontraport Marketing team’s lowest priorities. We considered it a necessary evil rather than one of the most powerful promotional and marketing tools out there (which it is!).

Fast forward to last year when we hired a full-time social media strategist, ramped up our Facebook advertising budget, started to experiment with Google Adwords, and more than doubled our content output and our Facebook boosting budget. 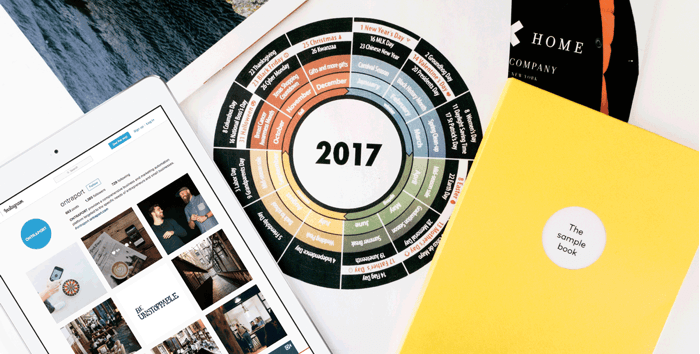 So what changed? Quite a bit, actually.

Last year, on average, we generated about 2,000 new contacts a month predominately from our social media channels. Now, we routinely generate over 5,000 new contacts a month, and we’re on track to generate over 6,000 this month. At the beginning of 2016, we had about two stable and reliable Facebook campaigns that we could count on to produce consistent results week after week. We now have 15 evergreen Facebook campaigns that promote our free, educational content around the clock and keep us on track to meet our lead generation goals.

After taking a good look at the social media strategies and processes we implemented and changed over the past year, we’re sharing some of our lessons learned that made the biggest difference for us. Check out our top tips to help you revamp your social media presence in 2017.

1. Integrate Your Social Media Accounts With Your Customer Support Software

When musician Dave Carroll’s $3,500 Taylor Guitar was smashed by United Airline’s baggage handlers, the company’s employees treated him with total indifference, and the airline refused to reimburse him for the repairs. Mr. Carroll took to social media to tell the world about his frustration — releasing the viral YouTube song called United Breaks Guitars.

Within four days, United’s stock had plunged 10% — costing the company about $180 million. Ouch.

Though social media gives consumers the power to call brands out for creating a remarkably bad customer experience, it also provides a channel for happy customers to spread their remarkably good experiences.

In a JetBlue airline customer’s tweet about how bummed she was to see her vacation come to an end, she jokingly suggested a welcome home parade might cheer her up. JetBlue’s employees didn’t waste a moment. 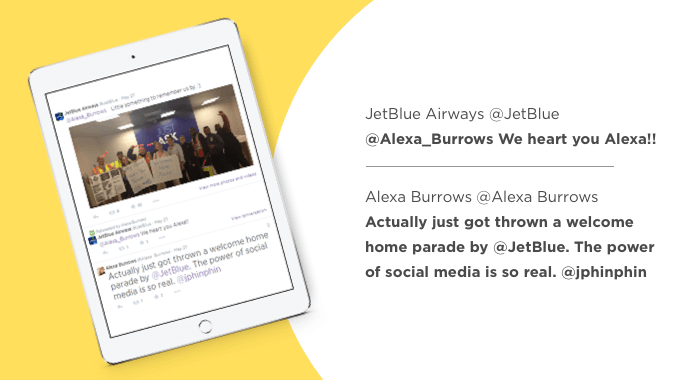 They made it happen and earned themselves some serious brownie points (and brand advocates) along the way.

This presents an interesting challenge — how do we make sure that everyone needing support with Ontraport quickly gets the help they need? Although our Social Media Strategist responds to the large majority of our social comments, our Customer Support team has the tools and resources to look into any user’s specific problem in more detail, as we integrate our Customer Support software, Zendesk, with our Facebook and Twitter accounts.

It’s common to get a boosted post confused with a Facebook paid ad, as they are relatively similar. However, they aren’t the same thing. A boosted post is meant to generate engagement such as likes, shares, reactions and comments, while a Facebook ad offers a call-to-action button and various ad data through the Ads Manager platform.

Before we established a reliable Facebook boosting schedule, our posts received very limited engagement. We’re talking a like, a share or two and that’s about it. Plus, we were reaching a very small percentage of our audience, which reflected poorly on us and wasn’t increasing our overall Facebook page likes (which was hovering around 16,000).

We then decided to get more aggressive with our boosts and committed to boosting every one of our posts. Our budget for each post varied, as we put about $5 behind a third-party article that we’re sharing, compared to about $200 to promote one of our own blog articles. We did some experimenting and some analyzing to determine the content our audience reacted to most, and we put a bigger budget behind those posts accordingly.

In a post that went out on Jan. 3, 2017, we received 841 reactions, 62 post clicks and reached 8,520 people. That’s a huge leap from the engagement level we used to get, and it’s a testament to how boosting our posts has increased the social proof on our Facebook page and has helped to drive increasing traffic to our content. 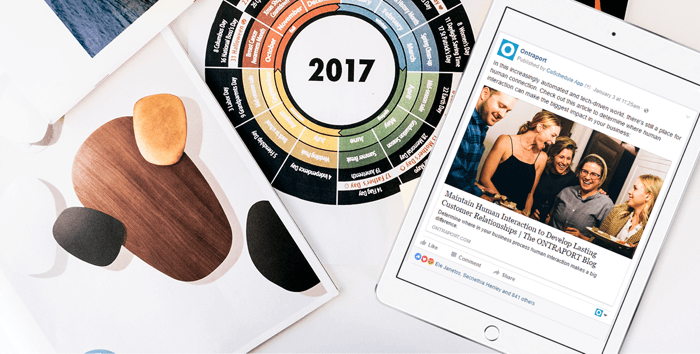 To be clear, you don’t need to put hundreds of dollars behind each post. A couple of dollars can potentially make a big difference. Take this business, which spent $20 on a boosted post and generated over $2,400 in sales, as an example.

One of the best tools marketers have is hard data of where their traffic, leads and sales are coming from, and that includes traffic generated from social media accounts.

Ontraport’s Marketing team tracks how many new contacts we are generating via our social media accounts, our click-through rate and our cost per acquisition. However, we previously weren’t very diligent about tracking exactly where our new contacts were coming from. When you’re promoting dozens of pieces of content simultaneously, it’s imperative to know what’s working, what’s not and what’s best connecting with your audience.

We took advantage of one of Ontraport’s newest integrations, Wicked Reports, to integrate our marketing data across our social media, email and webpages. Wicked Reports works by adding a tracking script to your webpages, Facebook ads and Facebook posts so you can clearly see each new contact that is added to your database and which marketing channel they came from. This provides an extremely accurate conversion rate for each campaign so you know which campaigns are connecting with your audience across your social profiles.

Using Wicked Reports, our marketing team was able to compile our data to see exactly which marketing channels were generating the highest revenue for us.  This allowed us to easily optimize the campaigns across our social media channels and turn off certain campaigns that weren’t performing to our standards.

Check out this Knowledge Base article to learn how to integrate Wicked Reports with your Ontraport account.

We want to know what social media strategies you implemented over the past year and your goals for 2017. Let us know in the comments below!

About Tatiana Doscher
Campaign Strategist Tatiana Doscher is a graduate of the University of California, Santa Barbara with a dual B.A. in Communication and Global Studies. After working with several small and local businesses, Tatiana joined Ontraport’s Marketing team. She loves running, hiking and enjoying Santa Barbara’s beautiful beaches.
Share this Article
Related Posts
The Power Of Authenticity
How Hashtags Can Help You Drive Your Content Marketing Reach